Placement forces affecting the assembly during production processing may possibly influence the quality of the final product and need adequate consideration. Overloading of components during assembly can result in damage. Traditionally, such overloads have not been detected during testing of the module, and the result is increased early failures in the field. Compliance with the specified squeegee forces during solder paste printing is also an important quality parameter, but in many cases it is not taken into account. Differences between the printing directions, in particular, influence the quality of the paste application and are difficult to detect using the current process monitoring techniques. For these reasons, we have developed measuring systems for the investigation of placement and squeegee forces. CeTaQ offers these examinations as a service. 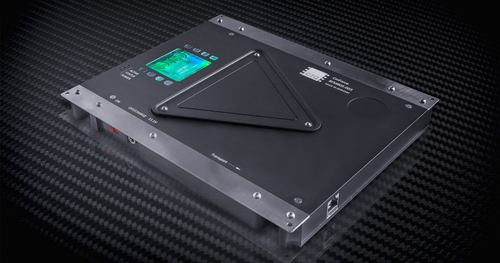 The basis for determining the insertion forces is a measuring tool with a force-sensitive surface. This runs through the system like a real production board. With the help of an assembly program, which is created according to CeTaQ specifications, components are placed on the tool. In doing so, CeTaQ executes the force evaluation during typical production assembly tasks. This means that the machine works like it does during production and CeTaQ's tool dynamically measures placement forces during regular operation. This is important because this is the only way to detect existing weak points.

The collected data is evaluated with the aid of special software. Statistical data is generated about the occurring forces. Furthermore, the force-time curves of a single placement can be analyzed. It is of course possible to break down the statistics to individual placement heads/nozzles and thus gain detailed knowledge about the assembly process.

With the help of this procedure, causes for increased forces can be identified quickly and easily, and appropriate measures for improvement can be initiated.

To measure squeegee force, a measuring tool is setup on the printing table and a print program is created with a specified nominal force. The printer then moves the squeegee 25 times in each print direction over the sensor board, applying the printing pressure like on a real production board. Each stroke is recorded by the measurement tool. After this initial test, repeat testing will be completed several times with different increasing nominal forces. The nominal force is determined by the values typical of the customers production. The evaluation includes the achievement of the following:

ACCURACY IN SMT
measured by CeTaQ